An automated gate system doesn’t necessarily have to be restricted by space. If there is limited space, however, a bi-fold gate system may be possible to install where standard swing gates or a sliding gate could not be used.

What is a Bi-Fold Swing Gate?

Swing gates require enough space to move through at least 90 degrees without hitting any obstacles, such as a vehicle. Traditional sliding gates need enough room to one side to allow for the entire gate to slide into. Bi-fold swing gates are similar to a regular swing gate, but each leaf is cut in half vertically and joined by special hinges. As they swing open, they fold in half in the middle, essentially requiring about half of the space to open, compared to the equivalent standard swing gates. Once installed, bi-fold gates can be automated by a range of standard gate motors including linear screw, hydraulic rams, articulated arm or underground motors. 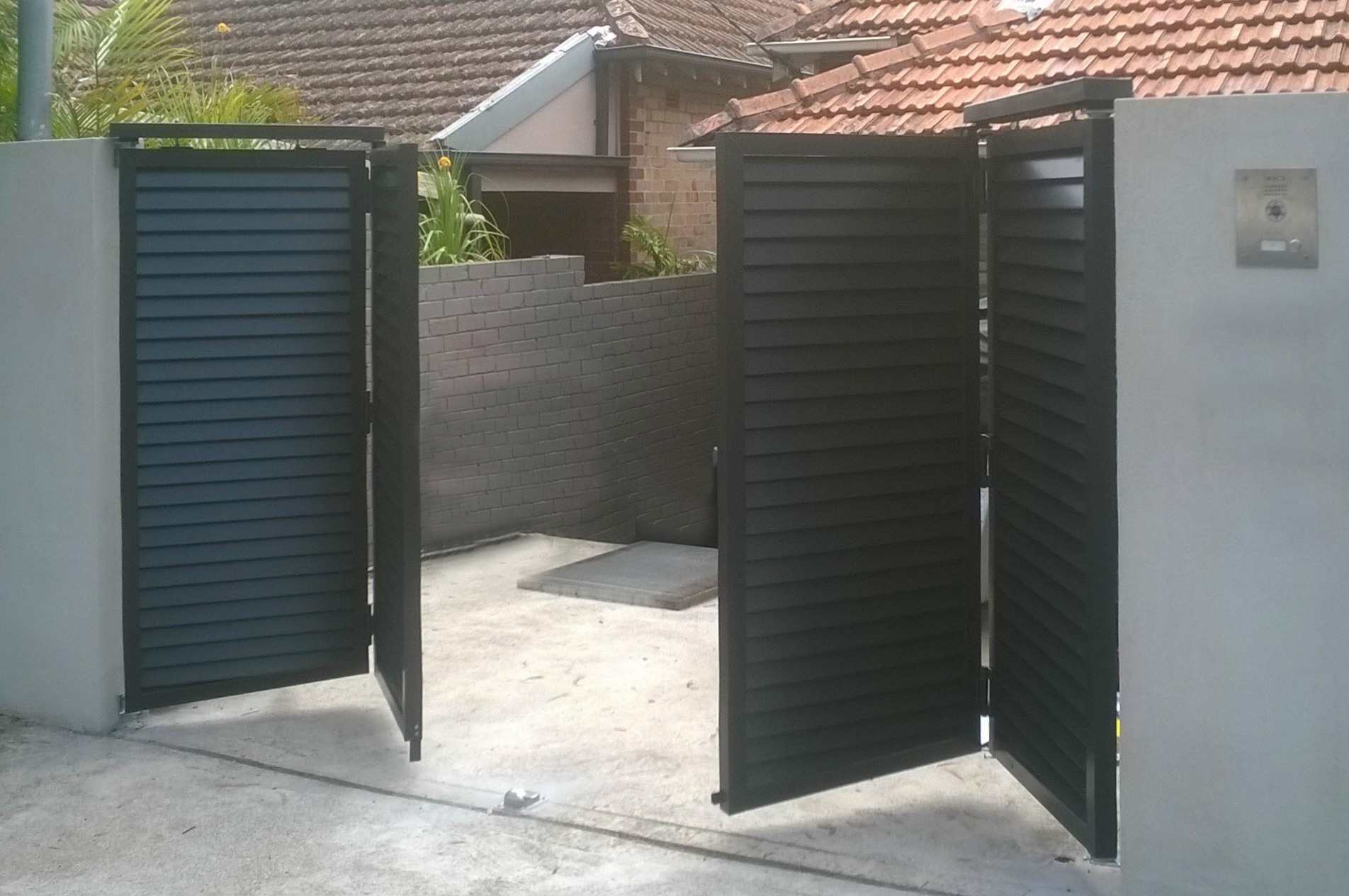 What are the Benefits of Bi-Fold Swing Gates?

As mentioned before, bi-fold swing gates are commonly used in applications where there is not sufficient space for swing or sliding gates.

Limited space for gate automation may also occur when a driveway or entrance is sloping, curved or short.  This can be where driveways rise after a few feet or obstacles such as parked cars, walls, plants or the house itself would obstruct the opening of full-sized swing gates or sliding gates.

The reduction in the space needed to move mean bi-fold gates open more quickly than a sliding or swing gate.  The design of the gates may allow them to move faster but the limited space may not.

They are Available as a Trackless System

New improvements in gate automation technology mean that bi-folds can now be installed as a trackless system. Previously, either a track in the ground or overhead rails were required. Tracks in the ground in either standard sliding or track system bi-folds require regular cleaning. This removes the build-up of dirt and debris that would impede or even stop the gates from moving along the tracks. 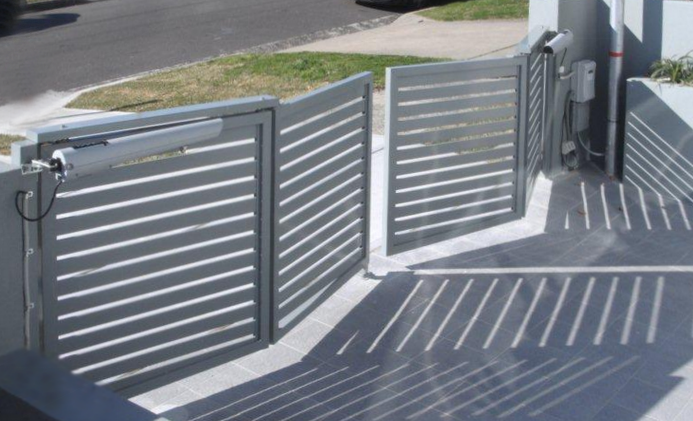 To ensure smooth operation, it is vital that bi-fold swing gates are carefully and accurately installed. The installation for this type of gate may be more complicated than a swing or sliding gate. It is essential that all of the measurements are taken meticulously to allow for the gates to meet perfectly in the middle on closure.

The application of a system that still uses a track or rail may pose some disadvantages. Installing a track requires additional work and excavation of the ground. Tracks also require regular checking and cleaning. Overhead rails can be unaesthetically pleasing and create height restrictions.

For bi-fold gates, gate motors and other gate automation products including access control systems, take a look at our website. Linkcare Gate Automation provides gate installers across the country with a wide range of electrical gate products. Homeowners can also contact us to find recommended gate installation and maintenance services across the UK. We also offer gate installer training which includes safety, fabrication and legislation modules. Contact us on 01895 232 626 for further details.

Hi I am looking to purchase a bi fold swing gate In aluminium, colour grey, Height: 2.0 m Width : 3.0 mHow much space extra do I need for building the post and electric mechanism for the gate? Do you install the gate too? Ps: it’s for Hertfordshire area, St Albans

I found it helpful when you said that it is essential to make sure that all the measurements are going to be gathered meticulously to allow them to meet perfectly. My father is planning to have a little space outdoors where he could do this stuff like customizing his car. He said that he wanted his place to be away from children for safety purposes. I will share this with him so he could consider having swing gates installed to prevent the kids from entering his work area.