Barriers that control traffic are used at the entrance to car parks, restricted access sites, toll collection stations, railway crossings; anywhere where traffic needs to be stopped for some reason. Barriers can be installed in conjunction with automatic controls such as ticket machines or ID scanners at the entrance to car parks, or alongside manned booths where the authority to proceed requires more involved checking. 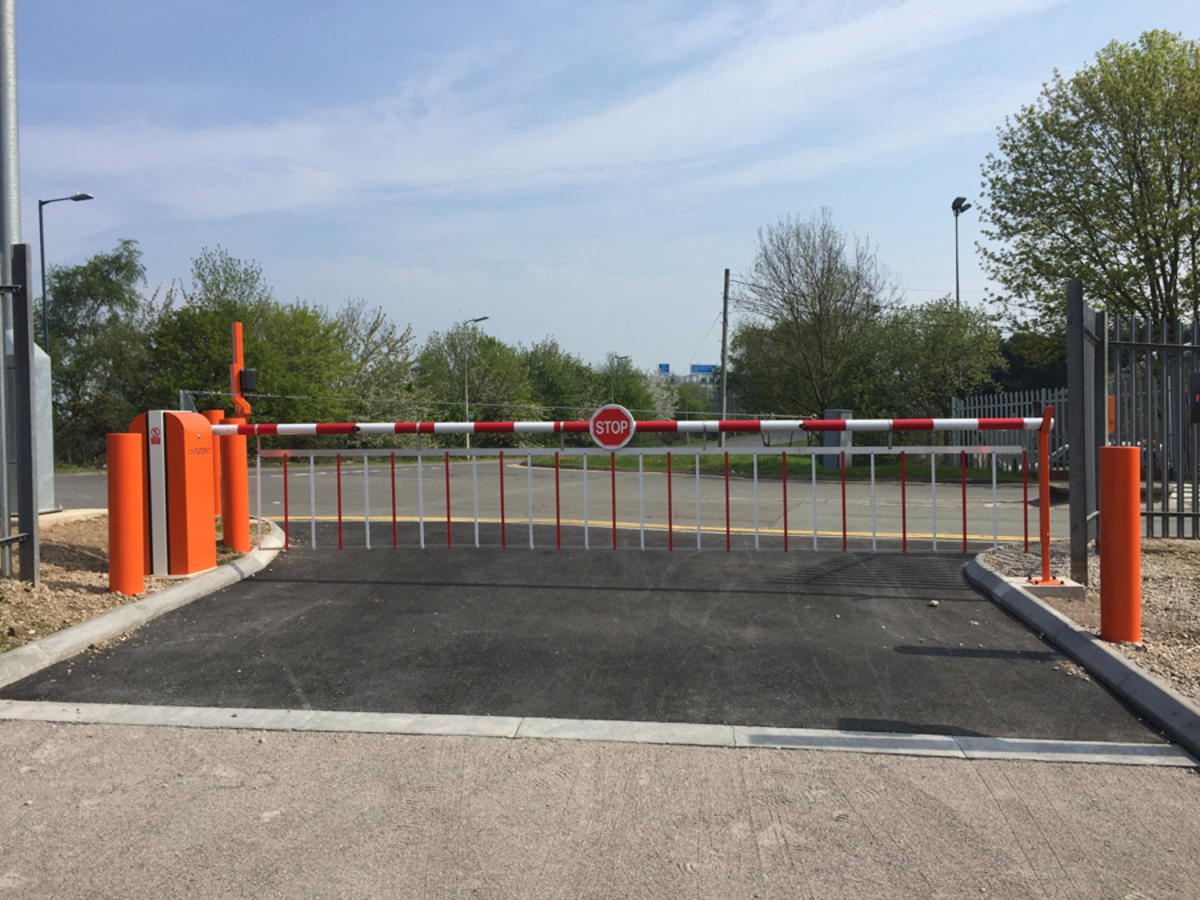 Automatic bollards descend into their foundation pits when not needed and automatically rise out of them into position afterwards. They often feature lights and even audible warning systems to alert anyone to their operation. Transmitter fobs can be used to activate them, or automatic proximity controls can be attached to authorised vehicles.Barriers block traffic with an aluminium arm that extends across the road, drive, entrance or other space vehicles pass along.

To let vehicles through, the barrier mechanism and motor raises the barrier arm until it clears the access point and allows traffic to enter or leave. In some cases, where a rising single barrier would hit a low ceiling, articulated barrier arms that fold as they rise can be used. Two barriers whose arms meet in the middle can be used on opposite sides of a wider traffic control point, and pivoting supports at the end of longer arms support their weight when lowered.

Usually seen in car parks, room can be left at the barrier arm end allows bicycles and motorcycles to ride around the barrier without it having to rise. This may be required where parking is provided at a cost for cars and vans but is free for those on two wheels, or a toll is only charged to the former. Once the required action has been completed and an entrance fee or toll has been paid, credentials have been checked or the dangers have passed, the barrier arm or arms rise to let the traffic proceed.

Lights, skirts below and or above and warning signs can all be purchased separately and mounted to the barrier arm. Replacement counterweight springs and other service parts are often available, and it’s possible to replace barrier arms damaged by impact, and motors that have failed.

Barriers are often separated into commercial and industrial types. The main difference is usually the size. Industrial barriers may be used at the entrance to sites where larger vehicles such as lorries, articulated trucks, heavy plant and wide loads need to pass through. Commercial barriers usually control the passage of vehicles no larger than vans. Both commercial and industrial barriers are available with varying duty cycles depending on the frequency of operation required.

Bollards are mainly used to prevent vehicle access in high security areas, as added security for gates and barriers, or at the entrances to pedestrianised zones.

Bollards can be either manual or automatic and are usually made from a sturdy cylinder or steel with a closed top. They are installed with part below ground in a foundation pit acting as the anchor and part above ground acting as the barrier to withstand the impact of a vehicle.

Automatic bollards descend into their foundation pits when not needed and automatically rise out of them into position afterwards. They often feature lights and even audible warning systems to alert anyone to their operation. Transmitter fobs can be used to activate them, or automatic proximity controls can be attached to authorised vehicles. 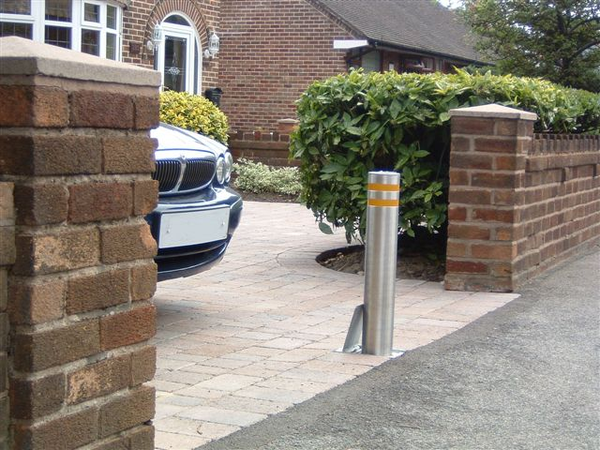 Manual bollards are locked into place in their foundation pit while in use. The top of an installed or raised bollard may be two to three feet above ground depending on what protection is required. When they are not needed, the locks are released. Some are then lifted out and the resulting hole is capped while the bollard is removed. Others are dropped into the foundation pit and a recessed handle on their top allows them to be lifted out and locked back into position above ground.

Bollards can be crash rated to show that they will stop vehicles of a certain size moving at specified speeds. Some of the videos of manufacturers testing their bollards by crashing trucks into them at speed are worth watching!

Automatic doors have a wide variety of uses in hospitals, shops, offices and a huge range of other public and private buildings. They open and close as they recognise the approach of pedestrians to let them through without them having to manually open the door.

Commercial automatic door systems are used for facilitating the passage of people, to prevent outside doors from being left open and to restrict access to sensitive areas.

They can be combined with maglocks, proximity readers and keypads and other security systems to ensure only authorised entry. When leaving, the same security can be used to monitor personnel movement, or a simple button release can be used to open the doors from inside.

Residential garage doors can be automated so that the homeowner just has to press a button from the comfort of their car as they arrive or leave to open their garage door. In many cases the existing garage door does not need to be changed when the system is installed.

Call 01895 232 626 or email sales@linkcare.net for more information on barriers, bollards or automation for garage doors or commerical and industrial door automation.